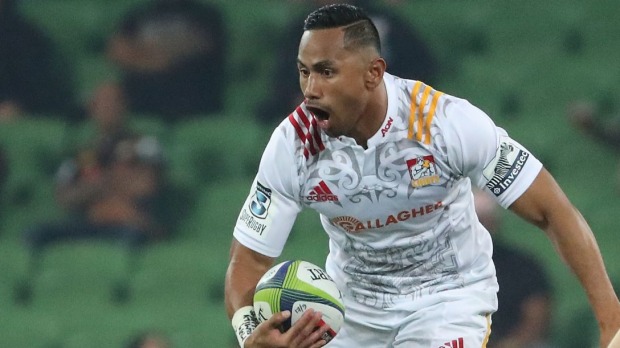 Toni Pulu (Chiefs) – The Chiefs now play the Cheetahs, Force, Sunwolves and Reds, and this bloke is on the end of the backline. Need I Say more! Chances are the rest of the Chiefs backs are long gone in your fantasy draft, but Pulu could be your secret weapon. It looks like he will again be favoured over Shaun Stevenson, last weeks 62 points could just be the start.

Manasa Mataele (Crusaders) – If in doubt, trade for a kiwi outside back. The Crusaders look like they will run out their A team this week against the Sunwolves, with Mo’unga, Tamanivalu, Goodhue and Read all expected to make their comeback. With Digby re-injuring his finger that leaves Mataele as the smokey to fill the other wing spot. The Sunwolves have conceded an average of 43pts a game this year so there should be plenty of tries for the flyer.

Jordie Barrett (Hurricanes) – A revelation this year, the player of the years younger brother has outdone even the most supportive tipsters expectations. But that is all coming to an end. Most of your competition will have no idea that the U20’s World Cup kicks off next month, and even fewer will know that Jordie Barrett has been named as New Zealands Vice Captain. But you do, because you read the Fantasy XV Draft! My sources tell me that U20’s players are expected to play Rd 8 before leaving their Super Rugby sides to train with their team. If this is accurate then his last game will be this week, away from home against the Blues. Trade him for a top class centre now before anyone else catches wind of what you know.

Curwin Bosch (Sharks) – This one isn’t confirmed yet, but at 19 Bosch is expected to join the South African U20’s side as well. Time to trade him while his hot!

Kenki Fukuoka (Sunwolves)  – With a 44.5 Avg, this one is definitely controversial. I would sell him for a few reasons. As the 8th ranked outside back on averages his value will never be higher, you could likely trade him for any of the ridiculously good other players with easier draws for the run home, think Dagg, Naholo, Folau. His next four games are all away from home, the Crusaders, Highlanders, Chiefs and Jaguares, it doesn’t get much harder than that. The Sunwolves have done well to score points at home, but I think they will find it much harder on tour. Japan’s side for the Asian Rugby Championship is due to be named within the next week, if 2016 is anything to go by then most big name players from the Sunwolves will stay in Super Rugby, but it brings even more uncertainty to a team that is already near impossible to a pick who will play each week.

If you missed it check out our Rd 7 injury list at The Casualty Ward.

See you next week for more on the Stock Market. Good luck for Round 8!