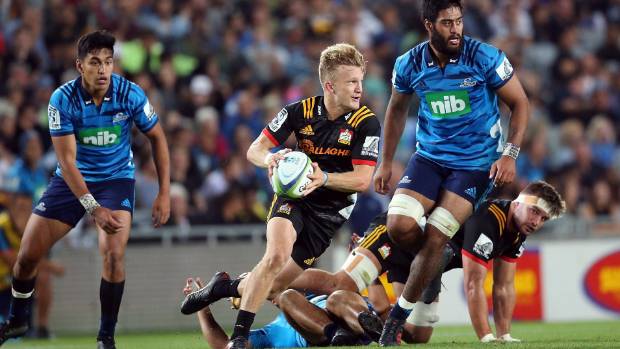 Last weeks stock market was his and miss, but let’s put that behind us and assess who’s on offer this weekend.

With a start under his belt last week, Rohan is looking back to his barnstorming ways.

With over 10m a run and 10 tackle-busts from 15 runs this season, this man is fantasy gold.

Playing increasing minutes each week and with poor opposition (Sunwolves and Jaguares) in coming weeks he will be looking to impose himself even further the next few weeks.

Melani Nanai (Blues) OUTSIDE BACK

Nanai had a blinder at fullback last weekend and is set to play on the wing this week with Reiko Ioane moving in one.

It’s a 50/50 call how the backline shift will affect Nanai however he has two dominant ball runners inside him. If they continue to wreak havoc, sucking in defenders, he may be running at open space.

On the weekend he made a huge 178m off 11 runs, busting 4 tackles and making 2 offloads along the way. Those are numbers you can’t argue with, this man is a freak!

Embed from Getty Images
Melani Nanai is a points machine when he is on the field!

Cane, not normally a high scoring fantasy player, has been performing out of his skin in recent weeks.

Over at FantasyXVDraft HQ, behind the old derelict scoreboard of an abandoned rugby club, don’t believe he can keep this scoring run up.

If you hold the man on Fox fantasy or something alike where players have monetary value, this may be the time to seek before the dip.

He has already gone up $96k on FoxSports! Do you know how many Rugby World Cup games you could attend for that value? Roughly 3.5…

Incase you missed the news, Jaco Kriel is set to go under the knife again due to a failure of his most recent shoulder operation.

If you have him in your squad, it’s time to let him go. His season is over before it even started.

For more info on injuries, check out the injury ward.

Jack Maddocks (Rebels) OUTSIDE BACK

After showing glimpses of brilliance last season, Maddocks has come out firing in 2018.

In a star-studded backline, the young utility back had been a standout. In round 3, he bagged a hat trick of tries, assist a try and ran 146m.

A shift to fly half may be in his future, with the backing of Stephen Larkham, but for now he is getting the job done on the wing.

Embed from Getty Images
Jack Maddocks has had an exciting start to the 2018 season for the Rebels.