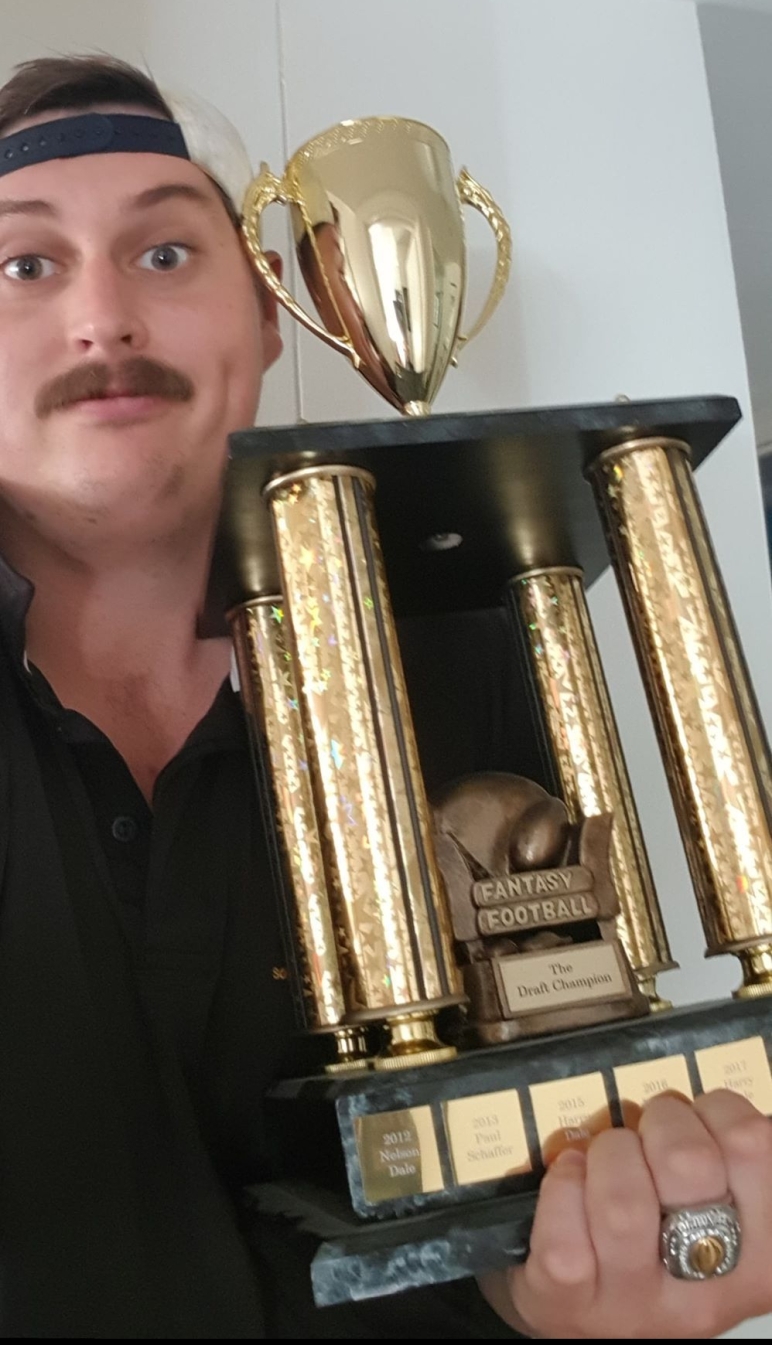 Your 2018 Champion has been decided!

The results are in, some of you will be ashamed, others just disappointed, but only one will be elated! Let’s break down the Grand final and the wooden spoon match ups for 2018. I’ll be looking to blake or nabung to shed some light on their shadow draft as well.

(1) Cargie Vs Harry (2)
The top two finishers in this years round robin, this was the final that the league deserved. The Threepeat champion Harry, vs the FOB loving, red hot Cargie.

After the initial draft night both men had reason to be confident, off pure averages, Cargie held a solid 50point buffer, but off consistent game time and adjusted averages Harry had a 48 point lead. The one thing no one could argue, was that both lineups were picked with an abundance of tactical nous.

Cargie is our 2018 Draft Champion after taking down Harry 497 to 451. The Richie Mo’ first pick proved the right move, as he outscored his opposite by 31 points, compared to Marx who outscored Taylor by 27. The men that exceeded expectation and carried Cargie to the title were Matt Todd (51pts), Richie Mo (48), Tamanivalu (47), Combrinck (46) and Taylor (44), while strong showings from all but Moody (13) meant the full team chipped in. Meanwhile Harry relied heavily on Marx (71pts & FMOM), Read (49), Bridge and Brink (47). The difference most likely the poor performances of Vorster (6), Hall (14), Crotty (16) and Jantjies (17). This final really was a game of inches, as Bridge being bundled out on one touch line was followed by a Tamanivalu try, an unluggy yellow card to Crotty and a millimetre short attempted try by Jantjies proved telling.

All in all though I congratulate our 2018 Champion Crags, his first finals appearance, and his first title. Now the hard work begins, finding a ring that fits those fingers!

(7) Wylie Vs Nelson (8)
Clearly the bottom two throughout the season and deserving wooden spoon finalists, this was a match up that nobody wanted to watch, but everyone wanted to throw banter towards. Wylie had his opportunity to miss this one with over a 100 point lead from his 1st rd Semi, but his absenteeism helped him snatch defeat from the jaws of victory.

474 Vs 474 – have we ever had such a dramatic result! Wylie lent on the usual suspects, Todd, Richie Mo, Tamanivalu and Combrinck, while nelson managed to close the gap that Harry couldn’t with the crafty picks of Mostert (40), Barrett (30) and Coetzee (29). Nelson must have been ruing his 3rd pick of Goodhue (23) who couldn’t even compete with the downright awful Mapoe (34). BUT WHAT DOES IT MEAN! Well, given the scores were tied we have to count back on their 2018 head to head match-ups to decide our winner. The two players faced off 3 teams this year, in rd 4, 11 and 19. So two wins would declare the winner.

So based on this, Nelson is our Wooden Spooner for 2018, he is the lucky man that has to pay for any excess cost in Cargie’s ring, he will take the soon to be polished Wooden Spoon Trophy, and he WILL DO COMEDY!

Thanks everyone for another awesome year, i’ll work on the ring design with Cargie shortly, and then we can lock in a date for Comedy night and trophy presentation in the next couple of months!