Kieran Read (CRU) BACKROW – The All Blacks’ captain makes his return for the Crusaders after an extended contractual break from Super Rugby.

Read isn’t ever going to be in the top 10 fantasy scorers but with 118 New Zealand caps, the 2013 World Rugby Player of the Year has a wealth of talent and experience.

With 0.50 Points Per Minute (PPM) in 2018 he went toe to toe with Shannon Frizell and Kwagga Smith.

Do note that his minutes will be monitored as he is such an integral part of the All Blacks 2019 Rugby World Cup campaign.

Filipo Daugunu (RED) OUTSIDE BACK – With Kerevi’s shifting to 12 in cover of Petaia and subsequently Chris Feauai-Sautia (CFS) in to 13, Daugunu started on the wing in Round 6.

His first start of 2019 failed to get Reds’ fans salivating, however it was his 8 minute cameo in round 5 that hinted at his potential. With only two carries he made a line break, easily slicing though the defensive line and busting 6 tackles.

In recent seasons the electric winger regularly bumped tackles and clocked over 100 run meters, which is fantasy gold. His average points per game (PPG) for 2018, including a number of games from the bench was 33.3, while his PPM was 0.51, ranking him at a similar level to Ben Smith and Jordie Barrett.

Be careful though, he is likely to see less ball outside CFS and we are yet to know if Brad Thorn will stick with this 12, 13, 14 combination.

Toni Pulu (BRU) OUTSIDE BACK – Pulu has had a rough start to his time in the capital. A cheek fracture only 9 minutes into round 1 saw him undergo surgery and we may see him return as soon as round 8.

If you have the ability to hold him on your bench, get him before one of your competitors do. 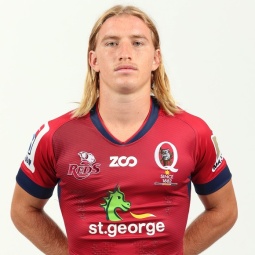 Tate McDermott (RED) SCRUM HALF – The pint sized McDermott has been making a big name for himself over the last few rounds.

A solid 29 minute showing against the Sunwolves earned him a start last week and he grasped the opportunity with both hands. The nippy scrum half bagged a try in both of those matches, walking away with 32 and 49 points respectively.

There is nothing more valuable in a fantasy halfback than an eye for the try line and a solid running game. McDermott has both.

Jake Gordon (WAR) SCRUM HALF – He just wont receive the minutes he did early on the season when he had the jersey to himself.

Phipps’ return from the bench saw Gordon’s minutes drop from 80 to 60, before he was sent to the sideline last week and came on for 39 minutes.

Alex Newsome (WAR) OUTSIDE BACK – After originally being named on the bench, a groin injury has trust Newsome back into the starting lineup.

Newsome has been hot and cold throughout the year but the motivation of being benched made give him the kick he needs to gain some consistency.