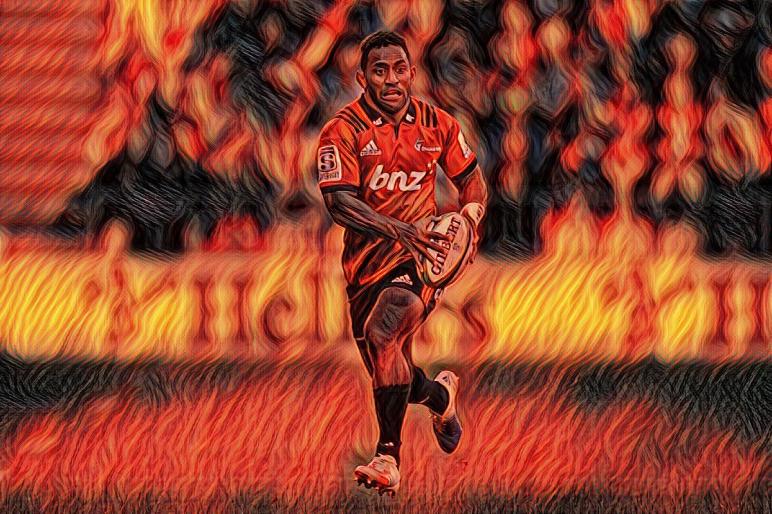 Sorry beloved readers – had a big week before the long weekend that has just been and didn’t get around to posting the Fantasy Super Rugby Round 9 review. I am still posting it a week later because a)  I had already written half of it and mainly b) because it will irritate me to no end when scrolling through the articles to see the gap between round 8 and 10!!! There were some great games in round 9 and some massive fantasy news for managers (Israel Folau & Damian McKenzie GONESKIS!).

So all be it an abridged version (mainly sliced together from the notes we make to record our podcast) here you go. The Fantasy Super Rugby ROUND 10 review to follow tomorrow.

Our three players in focus for Fantasy Super Rugby 2019 round 9 were a man who’s fast becoming a household fantasy name, the Crusaders Sevu Reece with another century (108 points to be exact) making it three from four 100 point scores this year. Matias Orlando got the rub of the green in one helluva Jaguares performance, bagging himself a hatrick and 83 points. Rounding out our top three was the Chiefs dependable centre Anton Lienert-Brown who got stuck into everything as per usual but sadly will his performance in this one will be remembered by the highlight reel of Ma’a Nonu absolute steam rolling him for a crucial Blues try. The Chiefs ended up with the win however and Anton came away with 82 fantasy points.

Matias Orlando brought home the bacon for fantasy managers this week with 83 points! This was from 9 runs, 2 line breaks, 3 tackle busts, 2 offloads, 12/15 tackles, let’s not forget the 3 tries and he also won a turnover.

See how your fantasy team compared against the Super Rugby teams themselves.