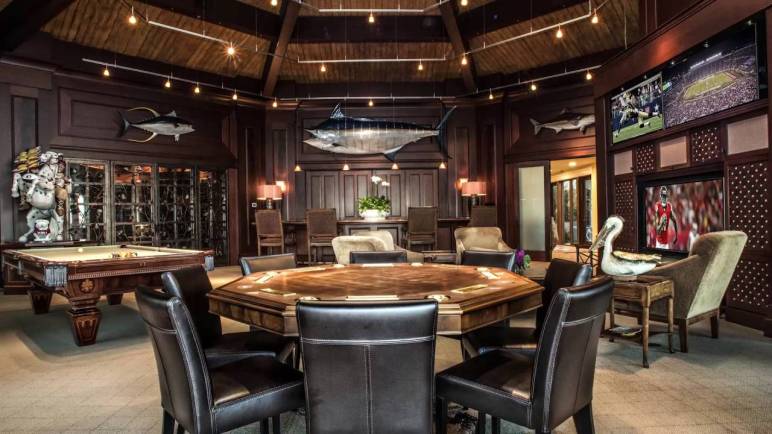 The OG League Blog rolled on in round 14, with no manager able to go 2 and 0 in their respective head to head match-ups for the season. Following this week we have 4 rounds remaining, and with the nearing end of the regular season, the opportunity to play finals is quickly closing.

Marximum Louw Groomed Maddogs 528 defeats 389 Coles-Royce
Going in to round 14 Coles Royce was finally pushing back towards the coveted top 2 of the log, but his run hit a road block as Wylie’s Groomed Maddogs went large to give him the highest overall points in the OG League. Skosan (70 points) led the way for Wylie, while Ngani Laumape (67) and Malcolm Marx (62) also hit the fantasy jackpot. Patrick Tuipolotu (48), Matt Todd (44), Elton Jantjies (44) and Duane Vermuelen (41) all scored well enough to be worth a mention. Meanwhile Cargie couldn’t muster a solitary competition point, dropping him back to 4th place. Dane Haylett-Petty (50 points) couldn’t be blamed, nor could Isaia Walker-Leawere (46), Akira Ioane (42), Andries Coetzee (42), Josh Ioane (41) or Aaron Smith (41). The Late withdrawal of both Kieran Read and Sean Wainui more or less sealed his fate, as 13 men just wasn’t enough to be competitive. Special mention to Ma’a Nonu (-1 point) as well, who Cargie would have literally preferred got sick pregame. Wylie’s win levels the head to head at 1-1.

White Linen Hides the Sinning 555 defeats 452 Clan Mckenzie
Nsync’s win this week makes it five from his last six wins! The win ties him with Nelson on 34 competition points to well and truly bring 2018’s wooden spooner crashing back to reality, as he once again is in a race for the last place trophy. White Linen’s bonus point win came off the back of Will Genia (76 points), with solid assists from Schalk Brits (58), Bryce Hegarty (52), Vaea Fifita (50), Rosko Specman (49), Billy Meakes (47) and Pita Gus (43). Now only 6 points adrift of finals, Nsync can apply some pressure with a few more wins in the season. Larry’s OG League points went up this week, but only by 1. Last placed Loser Harry really is having a tough time of it in 2019. In a stroke of genius he dropped both Damian McKenzie and Jesse Kriel this week, but holding on to Rahboni cost him a full starting team, which he just can’t afford to do anymore. Once again he had a few solid players, with Alex Mafi (81 points) somehow topping the week, Matt Faddes (53), Jonathan Ruru (50) and Ramiro Moyano (42) all scored handsomely as well. 19 points adrift with 4 rounds left, theoretically he could score 20 points to leapfrog Nelson or Nsync for the sexy calendar, but that would be dependant on them scoring no more than a solitary bonus point for the rest of the year. It’s almost time for Larry to start sourcing a sexy crab costume. The head to head match-up at the bottom the table also sits at 1-1.

The Great White Hope 579 defeats 406 Otere is the new Black
Any battle is particularly important at this stage of the season, but Blake needed the win badly to stop him sliding all the way down to 6th place. But when the going gets tough, the tough back Michael Wells (72 points) and Asafo Aumua (70). This week Jordan Hyland (60) was drafted in to the Great White Hope to score points reminiscent of his 2018 Blues form, while RG Snyman (52), Samu Kerevi (50), David Havili (44) and Pieter-Steph du Toit (40) could also do no wrong. It was more than enough has Blake bagged the bonus point win and shot back into 3rd place on the ladder, his finals hopes indisputably alive. Nelson’s all star lineup must have been gun shy after their manager played his namesakes very own replacement in the starting line. His men are playing like a team in fear of their starting spots with Reece (24), Alaimalo (10) and Ioane (26) all struggling to show their potential. Otere is the new black went into the game a man down with JL du Preez sitting this one out, meaning even Kwagga Smith’s (71 points) two try heroics weren’t enough to save them. Shout out to Marvin Orie (41) and Stephan Lewies (40), his second row surprisingly solid this week. But there were no other positives to mention. Nelson is now tied for the bottom 2 play off, only sneaking above Nsync on total points. What to do with his under-performing stars for the rest of the season will be the toughest question for the Fantasy battler. The head to head sits at 1 a piece, likely how it will stay to finish the year.

Burnin’ Bridges 504 defeats 460 Call Me Big Papali’i
Crunch time for Nabung’s Burnin’ Bridges. This week he could have fallen by the finals wayside like Nelson, or put some real heat on his biggest rival Cargie for the 4th spot. Thankfully Bridge’s (30) Wednesday night 2am Macca’s run didn’t hurt his teams performance, as Codie Taylor, Bernard Foley and Aphiwe Dyanti (all 54 points) picked up the slack. Matt Philip (52) excelled in an disappointing Rebels side, and Lukhan Salakaia-Loto (48) proved to be an inspired trade for Nabung. The Bonus point win now has him within a single win of the top 3, something i’m sure he will be targeting against the competition easy beat Larry. It’s now been two weeks in a row that no one will Call Harry big Papali’i. Another limp performance from his men was just enough to bag him both a losing and attacking bonus point for scoring within 50 of Nabung, and more than 450 points respectively. Ardie Savea (69 points) tops his team almost every week, and Kurtley Beale’s (63) form just keeps getting better. Lastly Melani Nanai (53) kept his average above the half century, but the rest of his team failed to fire. The win to Nabung levelled the series at 1-1. Something that he will be hoping to have the chance of completely over turning come finals time.