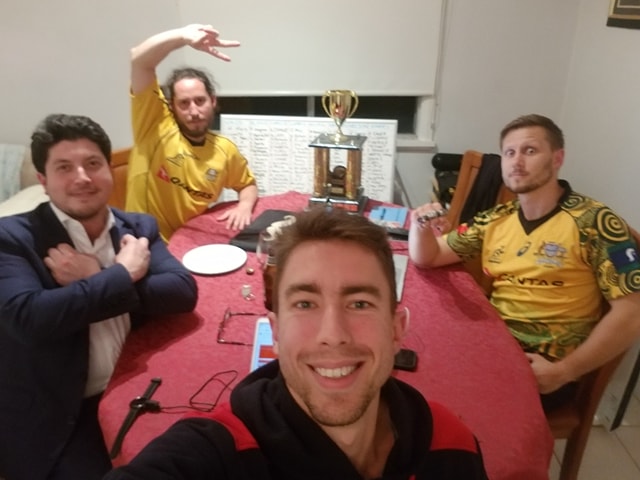 The OG League Draft semi-finals are half way done! Nabung looks to be in cruise control with the grand final being his destination, while Harry holds a reasonable lead over 2019’s most improved Wylie. Check out our teams and let us know who you think will get the win!

The finals Draft are not snake drafts like our initial season draft. Instead we pick 1st to 4th, then 1st to 4th again. Our season finished as follows:

This week the match-ups are:

Best 1st Round Pick: Sevu Reece 62.3 AVG, what more can I say!
Biggest Balls up: Blakes back line, Irae Simone and Matias Orlando, with Bonilla inside him…… WOW
Value Pick (Snuck through late): Ryan Crotty picked up in round 10 by Harry
Best Smokie: Salesi Rayasi picked up in the 12th round by Harry
Best Sub: Agustin Creevy sitting on Blakes bench so that Nabung couldn’t ge his own starter.

Looking at the starting lineups we found the total value of each team from 2019’s stats to see who should be favourite this year.

Our picks as per the Pick order was:

Here is our full 2019 draft order, hopefully it might give you some insight into how Rugby Union Super Nerds draft their finals.