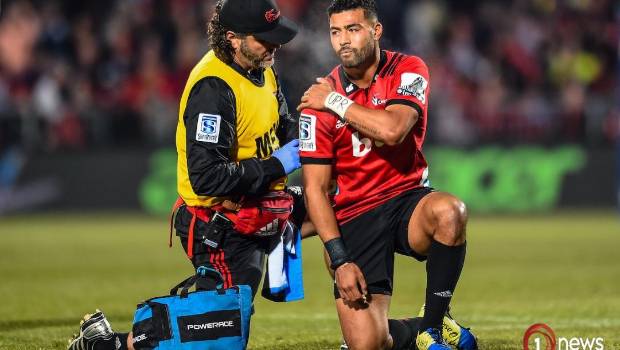 The Semi-Finals edition of the Casualty Ward will only list the teams still involved in the competition!

Season 2 Episode 25 of the @DraftRugby podcasts will be available from Tuesday morning (AEST). Harry & Nelson review the Super Rugby Semi-finals , preview the Grand Final, and give you a tasty dessert, all through a Fantasy Rugby lens. Tune in, rate, review and share us. You’ll find us across all platforms on the links below:

Returned from Injury in the Semi Finals

Vaea Fifita (Hurricanes) – Back from a 3 week ban on the bench.
Matt Proctor (Hurricanes) – Came off with a pec tear in rd 16. Started as a late change in the team and played extremely well.

Ramiro Moyano (Jaguares) – Tore his soleus muscle (calf) on his left leg in rd 16. Recovered quicker than expected to take a spot on the bench, played a few minutes.

Likely back for this week (Grand Finals):

Crusaders
Ere Enari – Won’t be available for the quarter final due to an MCL injury he picked up in rd 17. Source.
Tim Perry – Pulled pregame with a flare up of his arm fracture. The medical staff ordered an x-ray. “There are more scans on it [to come],” Robertson said. “It’s still not 100 per cent healed. So how long he’s out for, we’re not sure. Source.

Gone for the season:

Manasa Mataele (Crusaders) – It has finally been confirmed that his season is over after rupturing his ACL. Hopefully he is back terrorising defences next season. Source here.
Israel Dagg (Crusaders) – Officially retired from rugby at age 30 due to his arthritic knee.
Tom Sanders (Crusaders) –Dislocated his shoulder in round 6. He has had surgery before round 8 and won’t be back for six months. Source.

Gonzalo Bertranou (Jaguares) – Dislocated his shoulder and is having an operation on the 22nd of February. No return date has been set, but generally it is a five month lay off (mid July at the earliest). Source here.
Bautista Delguy (Jaguares) – Had surgery for an ankle injury after round 5 and has been ruled out for 4 months. Gone for the season. Had screws removed from his left ankle and is training heavy in the gym. Source.
Matías Alemanno (Jaguares) – Had an operation on his big toe for a Hallux Valgus (bunion), back in the gym now. Source.