Hot of the press! Get in now!

Israel Folau (WAR) Outside Back – The high flying, code hopping, gay chopping superstar is back. We all know how valuable he is in fantasy with an average of 48.6 and to the Waratahs as they struggled against the Lions for creativity. He will add that missed spark as he slots back into full back which is his preferred. He got his top two scores from playing in this position and I think he needs to put everything that’s happened over the last month behind him and perform on the field. Run more than your mouth Izzie! 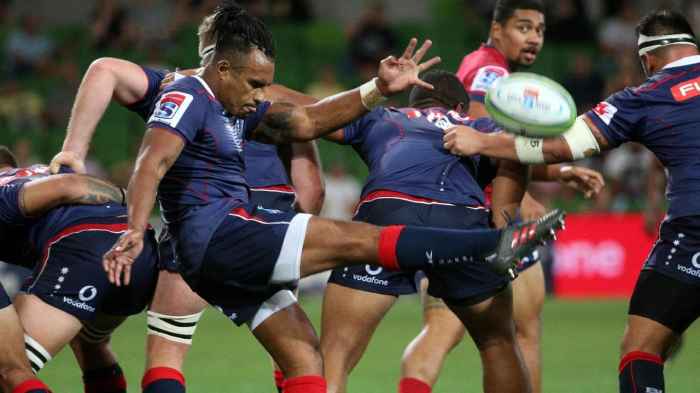 Will Genia (REB) Halfback – The Rebel and Wallaby halfback starts again this week in place of Michael Ruru and boy the Rebels are glad to have him back. He is the driver of his forward pack and his backline and a pivotal player and leader in their setup. He’s ranked as the 2nd best halfback on average (not including Finlay Christie who played 1 game only) with 25.6 and before his injury was in cracking form with a last 3 game average of 30.3. This would take him to the top of the pile. It should be interesting to see how he’s tracking especially now as the Rebels have had a run of losses.

Lizo Gqoboka (BUL) Prop – With the starting Bull’s prop Pierre Schoeman banned for another 5 weeks for biting a player’s ear, Lizo has his name on the number 1 jersey. He put in a big 80 minute  effort against the Landers with 9 runs for 52 run metres, 5 tackle busts, 1 offload and 1 line break he was always amongst it and got a solid 27 points (he did make a few errors). He got 30 points the week before that coming off the bench so it shows he works hard around the field. He is someone that I would want in my team as he is consistently starting now and definitely has some upside. 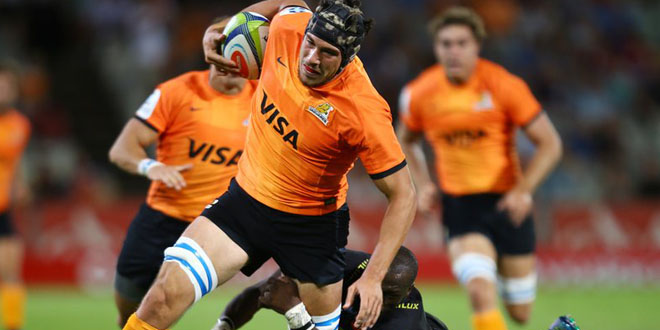 Guido Petti (JAG) Lock – He looks to be the consistent lock now for the Jaguares as Lavanini and Alemanno battle it out to pair with him. He has had 3 consecutive games of 80 minutes and has been the rock to the Jaguares success on the road. His average is only 17.9 points but he had been warming the bench for the first 6 Jaguares games. Ever since then when he has started (which has been the last 3 games) his average is far beyond that with 33.3 points. Nearly double his season average. He maxed out last game too with 44 points and is in some good form. Have a close look at him.

Jordan Taufua (CRU) Backrow – He wasn’t taken in the touring squad to Argentina and wasn’t in the 23 over the last two weeks got many managers worried. Not to fear, Jordan Taufua is here. And he is back. This backend of the season is where we see him start to blossom. He starts slow and then gains momentum at the crucial end of the season. He scored 41 points last week against the Brums with 11 runs for 70 run metres, 3 tackle busts and 10 tackles. If you are thinking of dropping him, think again.

Te Toiroa Tahuriorangi (CHI) Halfback – Giving him a start again over Brad Weber this week after the bye really has got everyone thinking. Is he a permanent starter over Brad? He did get called up to the AB’s squad so he must be pretty good. He doesn’t light the world on fire with fantasy points but does have some upside with his biggest score being 32 points of the season which is solid for a half. He is playing the Jags this week as well so think hard before dropping or trading him.

Martin Landajo (JAG) Halfback – One of my favourite players and one of the best fantasy halfbacks last year, Martin has slid down the ranks in 2018. He also scored a miserable -3 last week too. Mario Ledesma rates young half Bertranou above him and with Cubelli due to be back shortly too, it’s not looking good for Landajo. Trade him on his name, his international caps and likeability. But you need to act now.

Smokeys/Keep a close eye for:

Liam Messam (CHI) Backrow – With Taleni Seu out for the season and Pita Gus on the bench it is the old man’s time to shine. He gets his opportunity this week against the Jaguares back home in Roturua, so no better time to try and make that 8 jersey his. He would be a solid option if you need a gap to fill in your backrow for this week. Besides, we all like Liam Messam. 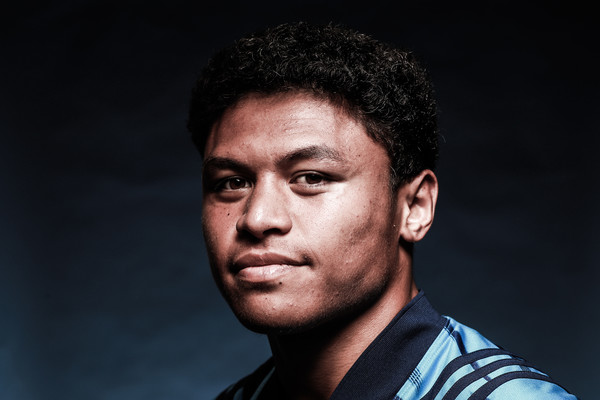 Caleb Clarke (BLU) Outside Back – This 19 year old son of a gun is one of the most exciting prospects in New Zealand rugby. There is no doubt he has a big future and it all stars here. The Blues have that many injuries that he has been given his shot this week and after an impressive Brisbane Global Tens and ITM Cup season for Auckland, he will be ready. He stands at 1.89m tall and weighs in at 107kg with plenty of pace to burn. Be the visionary, pick him up and give him a crack. Son of All Black great Eroni Clarke, Rugby runs through this blokes veins.

MAKE THE RUGBY GODS PROUD. DO THE RIGHT THING.