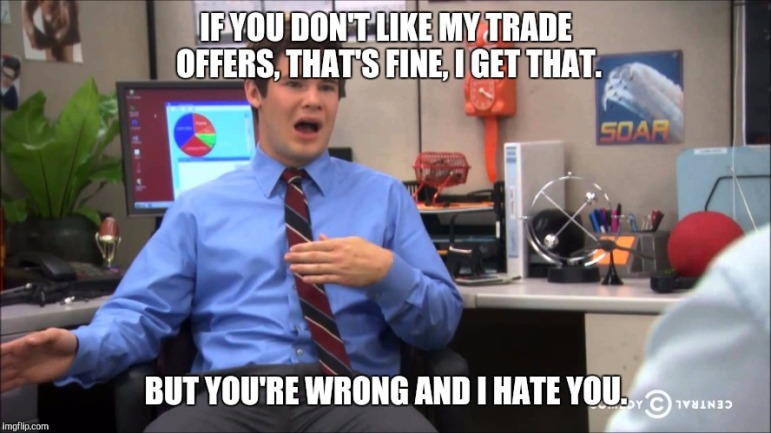 Each week our league is allowed a maximum of 5 trades. We meet every Thursday night to make said trades with a few extra rules. The location is a pub chosen each week by one of the managers on a simple rotation basis.

This Week the Trade night order and picks were:

Note the () indicates the players rank.